Tourette’s Syndrome (TS), also known as Tourette’s Disorder, is a spectrum disorder, which causes sudden involuntary muscular twitches or spasms, known as tics (Marsh, 2007; McGuire, 2014; Rudnick, 2008). TS is a chronic neurobiological impairment with the classification, “Other Health Impaired,” for 504 accommodations; it is not considered a disease because it is not progressive (Marsh, 2007). Tic types have been classified into two broad categories: vocal tics and motor tics, and are further classified as either simple or complex (Marsh, 2007; Rudnick, 2008). The purpose of this literature review is to identify the ways Montessori classroom teachers can best support students with or without a formal diagnosis of Tourette’s Syndrome.

TS was first recorded in medical literature in 1825, by doctor Jean Marc Itard in France, and was named after Gilles de la Tourette, who published a study in 1885, whose descriptive accounts of his patients were so precise and contributory to the field that it became known to this day as Tourette’s Syndrome (Rudnick, 2008).

TS is typically first noticed when children are school-aged, between 6 and 18 years old (Marsh, 2008). The average age tics appear in children is around 7 years old, but symptoms can appear in children as young as 3 years old, with the average age of diagnosis at around 11.5 years (Rudnick, 2008). The Centers for Disease Control and Prevention (CDC) estimate that cases of diagnosed and undiagnosed people in the US totals about 1 in 162 children, and that about half of the people with Tourette’s are undiagnosed (CDC, 2019).

Diagnosing TS may be difficult because, there is so much variation between simple and complex types of TS, and the symptoms typically change over time; additionally, “no two children have exactly the same symptoms” (Marsh, 2007, p. xii), and may require a multidisciplinary team of professionals, which may include one or more of these specialists: pediatric neurologist, neuropsychiatrist, psychologist, and/or occupational therapist (Marsh, 2007). Though, according to research, there seems to be a genetic component to acquiring a diagnosis of TS, that is not always the case; in about 10-15% of people diagnosed, there was no heritable factor identified (Rudnick, 2008).

Parents can rest assured knowing research has dispelled previous myths that TS was due to “underlying psychological problems,” and other mental illness resulting in anger, or caused by parents; “nothing you did caused your child’s tics, obsessive-compulsive behavior, or other symptoms” (Marsh, 2007, p. 18, 25).

Another reason obtaining a diagnosis may be difficult, is because people with TS commonly have comorbid symptoms or diagnoses, called “Tourette Syndrome Plus” (Marsh, 2007, p. 7); the most common co-occurring diagnoses include: “Obsessive Compulsive Disorder (OCD), Attention Deficit/Hyperactivity Disorder (ADHD), and Learning Disorders (LD), Autism/Asperger’s (ASD), aggression, and sensory integration problems (Marsh, 2007; Rudnick, 2008). Since many of these other exceptionalities have similar and overlapping characteristics, it is imperative the multi-disciplinary team works together to pinpoint the correct diagnosis (Marsh, 2007; Rudnick, 2008). Some researchers believe some of these individual diagnoses are all part of a broader disorder (Rudnick, 2008). An accurate diagnosis is important to find the right services and supports, and to prevent “false comorbidity” (Darrow, 2017, p. 615) for people showing any other symptoms, whether TS is the primary disability or not (Marsh, 2007; Rudnick, 2008).

This section will contain brief descriptions of some of the most common co-occurring symptoms or disorders found in current research literature. This is important information for teachers to know as they integrate students of all abilities into their classrooms.

OCD – Over half of all children diagnosed with TS also have symptoms of OCD (Marsh, 2007). Their symptoms include actions or thought rituals and routines which may become compulsive or repetitive, such as: washing hands, locking doors, checking things, touching things, licking, smelling, erasing and placing things so they are “just right” (Marsh, 2007, p.10) repetitive thoughts or counting/grouping things, obscene or inappropriate thoughts. Their thoughts and/or actions may become so intrusive they may impede their learning or functioning in the classroom (Marsh, 2007).

ADHD – “More than half of all children with TS have some type of ADHD,” (Marsh, 2007, p. 7). These traits are listed as, “inattention, hyperactivity, impulsivity,” they may overlook details in schoolwork, make careless errors, seem like they aren’t listening, have trouble finishing assignments, easily distractible, forgetful, have difficulty with organization, blurt out answers, difficulty waiting/taking turns, interrupting/intruding on others; students with these dual-diagnoses have shown to be more disruptive, sometimes aggressive, and more functionally impaired (Rudnick, 2008).

The importance of diagnostic precision reveals itself when problems with certain stimulant ADHD medications worsen symptoms of TS by aggravating their tics or aggression, so proceeding with trepidation is the usual protocol for someone with TS (Rudnick, 2008). Parents and teachers should monitor children closely for additional or worsening symptoms so they can adjust or eliminate the use of medication (Rudnick, 2008).

Autism Spectrum Disorders and TS share defining characteristics, such as: difficulty with social interactions, repetitive movements, and restrictive interests though the rates of each disability as a primary disorder show an expansive gap – ASD with chronic tic disorders, as compared to TS with some ASD symptoms (Darrow, 2017; Marsh, 2007).

Learning Disabilities -– Although TS itself “has no effect on intelligence” (Marsh, 2007, p. 17) about 25% of children with TS have problems with academic learning in areas such as: math, reading, handwriting, and spelling, and may have difficulties with auditory processing as well.

Sensory integration – some children may be over or under stimulated by their sense perceptions – their sense of sight, sound, smell, touch, balance, and movement, may be affected, and they may have difficulty with certain textures of foods, or the clothes on their skin (Marsh, 2008). In the classroom, they may bump into things and may look like they are clumsy (Marsh 2008).

The reason parents, patients, and teachers must rely on descriptions and diagnoses is to obtain the best support in an attempt to provide inclusivity, and to alleviate any unnecessary physical or social barriers or burdens which stand to threaten a child’s full participation; “teachers are crucial to the child’s development at school” (Rudnick, 2008, p. 4). It is ethically and morally significant for classrooms to be inclusive to all people and to provide a “culture of acceptance” (Smagorinsky, 2014, p. 21). “Rates of depression are very high for those with TS,” as high as 50% (p. 39); it is our duty as teachers to act as advocates of inclusion and right the misperceptions of diverse groups by modeling the acceptable behavior we expect to see in our classrooms and broader society (Marsh, 2008; Rudnick, 2008).

Although most symptoms of TS improve in adulthood, “10%…have a severe disorder as adults” (Marsh, 2007, p. 3), so treatment is advised for children. The treatments most commonly used for home and school have been medication, a specific kind of behavioral therapy called habit reversal training (HRT), and various environmental accommodations (McGuire, 2014; Rudnick, 2008). However, medication carries risk along with it, and “is not curative,” and though the child may be able to suppress the tics for some time, it requires a lot of mental stamina and isn’t always effective; because the tics are involuntary, “simply telling him to stop is useless” (Rudnick, 2008, p. 1, 33).

HRT consists of awareness training and competing response training, which has shown a 90% reduction in symptoms in some patients (McGuire, 2014; Rudnick, 2008).

Some of the ways Montessori teachers can promote inclusivity and diversity for all students, including those with TS, is to continue and expand upon the Grace and Courtesy lessons to include more explicit social skills training, be empathetic, model and encourage positive social interactions, have the student self-model by allowing them to videotape themselves in successful situations, teach self-management strategies, such as “coping self-talk,” practice acceptance to help them develop or maintain confidence and a high self-image, and “work to construct classroom environments that are not hostile to youth of difference” (Darrow, 2017; Marsh, 2008, McGuire, 2014; Rudnick, 2008, p. 44; Smagorinsky, 2014, p. 22).

Just as we support the children’s work as adults, my work is to support your work as parents and Guides. My aim is to provide Montessori Guides, assistants, admin, and staff, with collaborative strategies, training, and mentoring support, within the overarching framework of Montessori. I work from a strength-based model and I emphasize what you are doing right and build from there. Please reach out to me with your questions, comments, or concerns: calendly.com/tier3montessori

Selective Mutism (SM), is a disorder usually first seen in preschool and school-aged children who possess the ability to speak, however they may not speak in certain situations or environments, and it may interfere with their social or academic functioning... 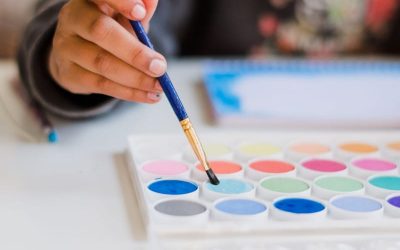 Selective Mutism (SM), is a disorder usually first seen in preschool and school-aged children who possess the ability to speak, however they may not speak in certain situations or environments, and it may interfere with their social or academic functioning... 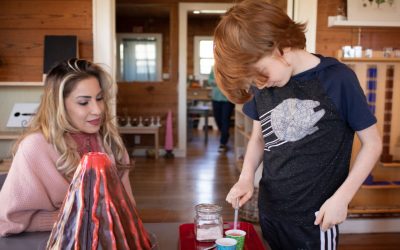